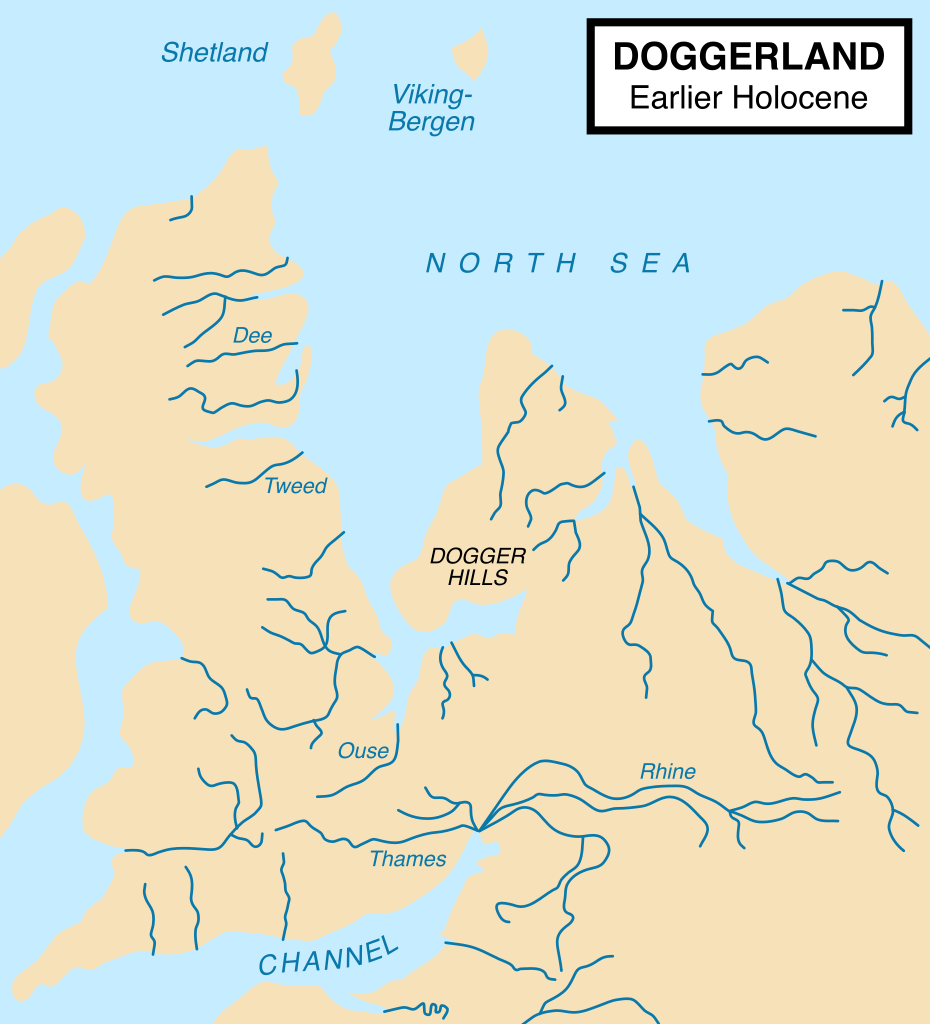 The Quaternary Glaciation started about two and a half million years ago, and is ongoing. Splitting it into 4 stages makes it a little easier to understand. And during all these stages the ice sheets wax and wane, with the Last Glacial Maximum around 22,000ya.

In between are warmer, interglacial periods.

The Irish Sea Glacier, during the Anglican and Devensian, came very close to Stonehenge. How close is a bone of contention. There are scattered glacial deposits in the Bridgwater — Glastonbury district. Certainly, it swept over the West Wales highlands of the Preseli Hills, onward to Bristol.

Slip into a 10,000 year investigation, that’s when people were living at Blick Mead and putting up pine posts nearly two and a half feet thick in today’s visitor centre’s car park.

This is around the time Aurochs (11,000ya) and Irish elk (9,000ya) are going extinct. Mammoths went extinct 14,000 years ago in the UK. In northern Mesopotamia, now northern Iraq, cultivation of barley and wheat begins at around 10,000 years ago.

8,500 years ago Doggerland is flooded and Britain becomes an island. It was fast flooding, happening over a few generations.

It’s thought that more are in the area awaiting discovery, as they’re usually found in threes or fours. Also, these causeway enclosures are thought to have been built throughout southern Britain over just one generation, then they go out of fashion, then around 5,550 years ago there’s another boom in causeway enclosure building. Around this time they were burying chiefs, women and children in long barrow tombs. The West Kennet Long Barrow 16 miles (26 km) north of Stonehenge is a fine example. Although there are 302 barrows around Stonehenge, most do not date from before Stonehenge.

5,630 years ago they started to dig The Cursus (Google Earth). And the Lesser Cursus is dated to around 5,000 years ago.

Around 5,100 years ago, the builders began with the ditch at Stonehenge. Probably added a palisade of posts into the Aubrey Holes.

4,600 years ago, they added around 80 bluestones and moved them around — quite a lot. They are of different types of stone, not just blue spotted dolerites from Preseli Hills, in West Wales. Out of the 43 remaining stones and the debitage from the area, there are around 30+ types. Amongst them are: spotted and unspotted dolerite, dacites, rhyolites, micaceous sandstone, calcareous sandstone and tuffs. Where they are all from, is anybody’s guess.

Stonehenge in use for 1,500 years, the landscape, itself, for 6,400 years of continual ritual use. Click To Tweet

It’s important to know that The Avenue started off as a natural feature (solutional rills) — luckily/magically aligned to the summer and winter solstices. Could it be that this was more pronounced in Neolithic times and was the reason the area was chosen in the first place?

The earliest of the Egyptian pyramids were built 4,630 years ago.

Think how much has happened in the last 1,500 years.

Or, if you take those wooden posts are the starting point of the ‘ritual landscape’ then, it was in constant use for 6,400 years.