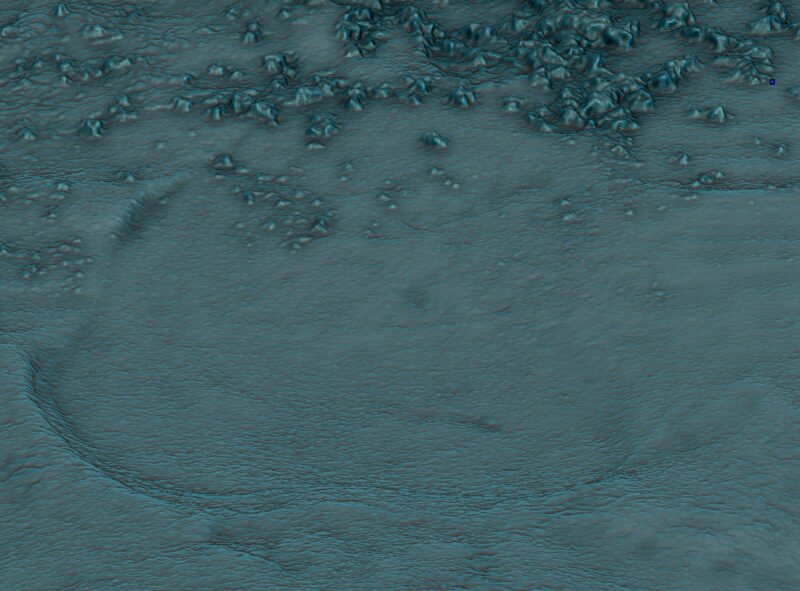 Often a case for pareidolia. The oval shape on the reverse of one of the uprights Stone 52 in Trilithon One is many things to many people.
Here are close ups without skins of colour, mould, lichen, most to get in the way.

The ‘head’ is missing any longitudinal tool marks. They’re all over the rest. I’d guess this is a fault in the sarsen, that occurred after carving.

Maybe even during the Victorian hammer frenzy. Though the edges are probably too weathered to be so recent. But, they were chipping away throughout that period. There does seem to be percussive shock lines, as in this photo. Double lines. Looks like it came off in one piece.
Check out the certain percussive injury on Stone 59c of Trilithon Four.

And if you are in any doubt about the size. Here’s a person to scale.

But, let’s look closer at the pear shape. You’ll see that it has an edge, bottom, obviously, to the left, clearly. But atop, too. It seems the sea ivory lichen is following the line atop and slightly to the right.

It’s up to the viewer, but I do think this is a percussive injury. Post or after the longitudinal tooling on the initial carving. There just isn’t any continuation of that tooling into the pear shape.
However, it is so well worn, the edges are so smooth, that I do think it ancient. Not Victorian. Could it be, Iron Age, the same as the dagger and axes? Perhaps they saw the fracture, the fault, the split and just hit it. Or maybe a scar of natural age. “It just fell off.”

Hold Trilithon Two in your hand

For the first time ever – EVER, real, sub micro-millimetre spot-on accurate megalithic Stonehenge sculptures. No other accurate miniature sculptures exist.