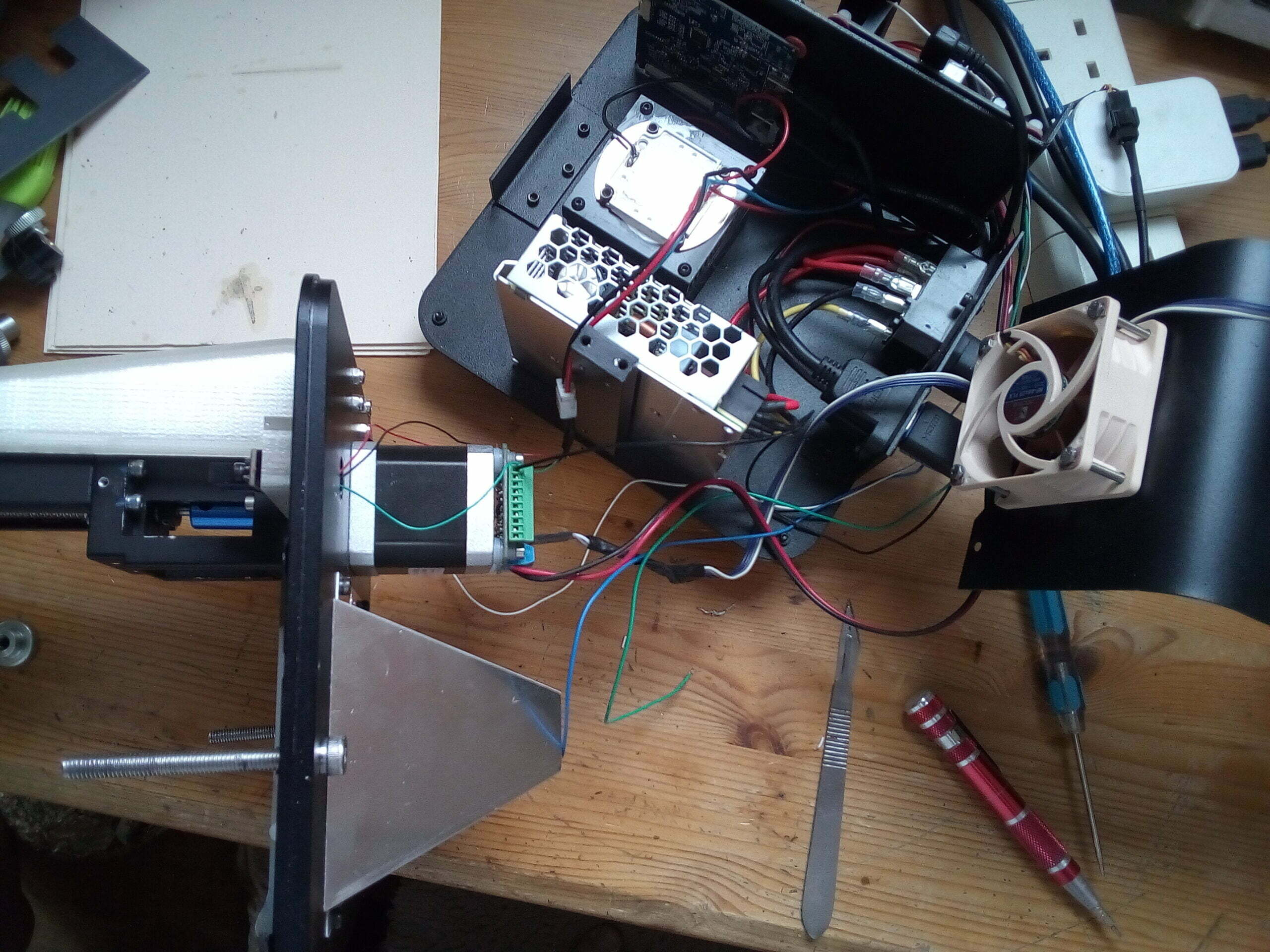 Currently, I’m adding a newer Nano Zero Stepper to my second printer. I’ve had problems with a new chip on the board, needed newer software, which was buggy and now fixed. But it seems I have a shorting problem. The NZS is shorting and crashing the printer’s RAMPS board. I’ve got to rewire, re set the NZS on the Nema motor…

It’s difficult to tell at these small layer heights if the NZS does anything extra. But, it will. There’ll be no errors, no fatter layers or splitting. No unexplained oddness in the layers. I don’t see any now, in any case the THK KR26, with it’s repeatability, minimum backlash, and zero z-wobble have seen to the bulk of them. But, it’s to be expected that the motor can get things wrong, sometimes. The feedback loop in the NZS prevents such. The NZS are top up perfection.

The other printer is churning it’s way through 31 hour prints. Quietly working away.

I’ve been re-working the various screen sizes for this website, so it looks good on all devices. An update to WooCommerce broke much of my stylesheets for resizing on different screens. It’s a long, slow chore. I’ve cleaned up the drop-down mega-menus too.

Currently, working on a questionnaire for signing up to Kickstarter, an extended version. More of s survey: who. where, why? Obviously, I want to find out who wants what. Which patinas would be more popular? What sizes? Bulk buyers? Is it for a friend? Are you a pagan and/or historian?

Hopefully, as well as the just email signup people will give me more information so I can better plan for the Kickstarter launch.

Been planning some packshots. And diagrams. For social media posts to encourage memes.